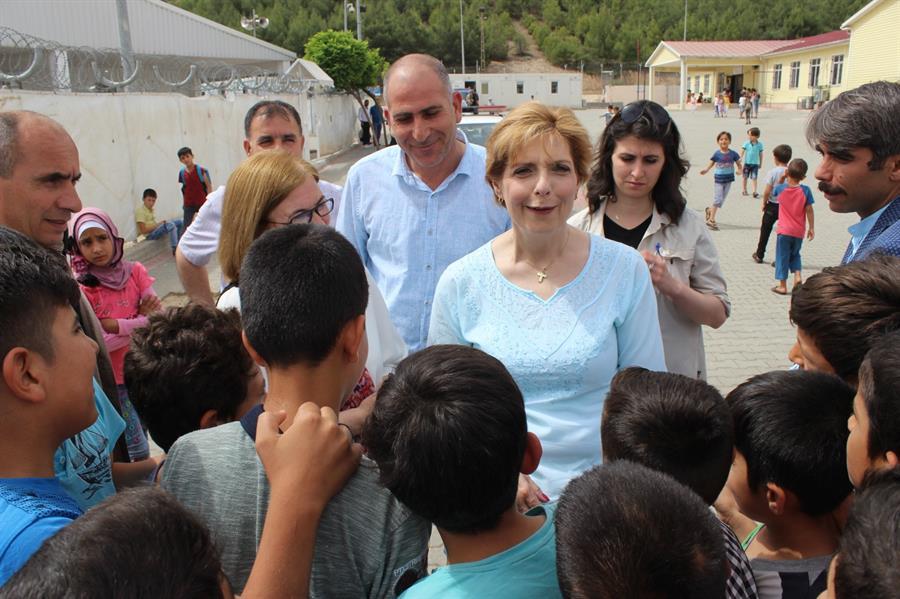 Briefed about the living conditions and services offered to the refugees in Gaziantep, she later visited education centers and recreational facilities provided for them suffering from the civil war in Syria.

Syria has been locked in a vicious civil war since early 2011, when the Assad regime cracked down on pro-democracy protests.

Since then, hundreds of thousands of people have been killed and more than 10 million others displaced, according to U.N. officials.